Try not to lick the screen, ok?

We love food, period.
In light of that, trying new restaurants is an obvious favorite activity.
While we were on our anniversary trip, we decided to only eat at places we'd never been before,
especially trying local fare, Amish kitchens, & mom & pop restaurants.
Much to our culinary delight, there were plenty of options.
Feast your eyes on all this yummy.
Try not to lick the screen, ok? 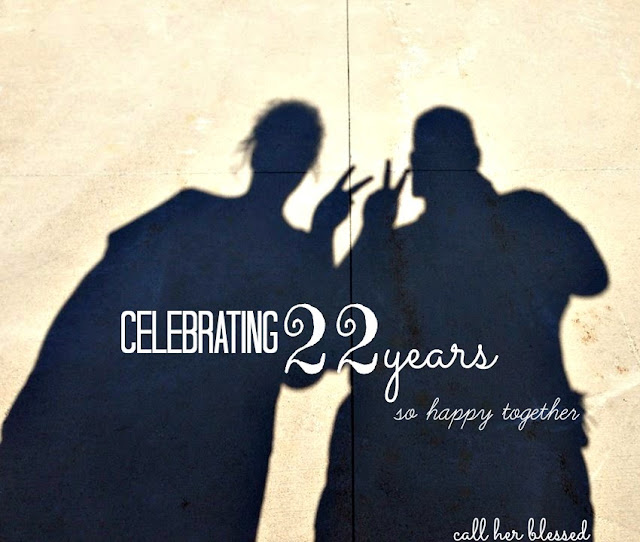 Our anniversary dinner was at The Pier, one of the restaurants at the Oakwood Resort where we stayed.
We had planned to take a boat ride on the Dixie on our actual anniversary night,
so we dined here the evening before  ... followed by taking in a live show at the Round Barn Theater. 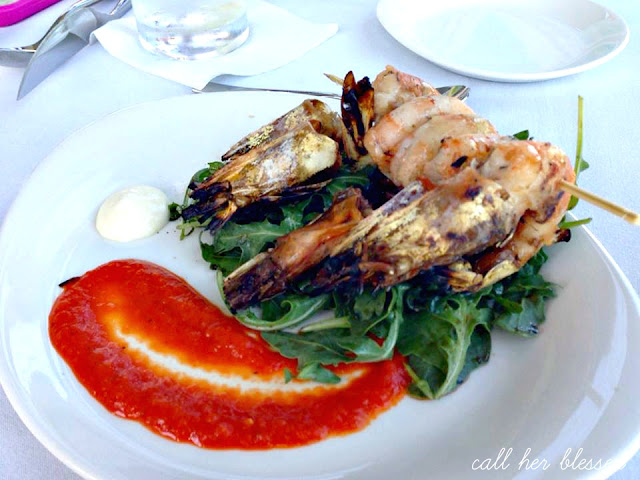 We both decided on the same main course, the delicious Haddock with jasmine rice alongside,
served over warmed greens drizzled with a honey mustard sauce. 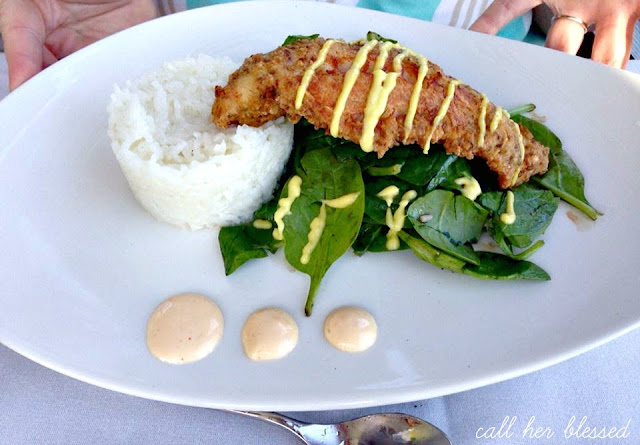 Not only was the food over-the-top, being seated with a spectacular lake view
in a gorgeous restaurant was just the icing on the cake.
We were at the table for two on the left. 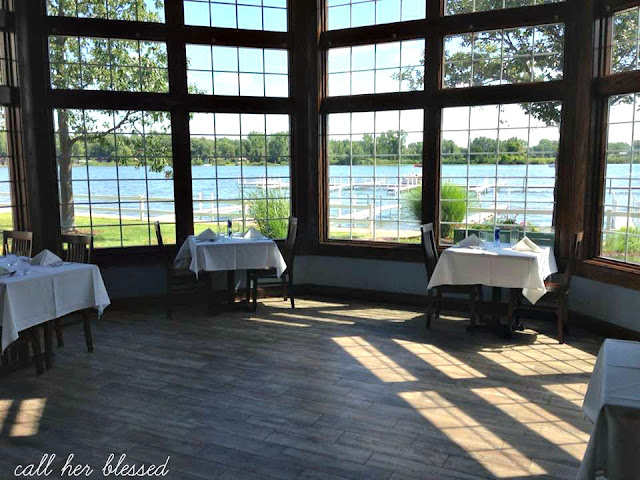 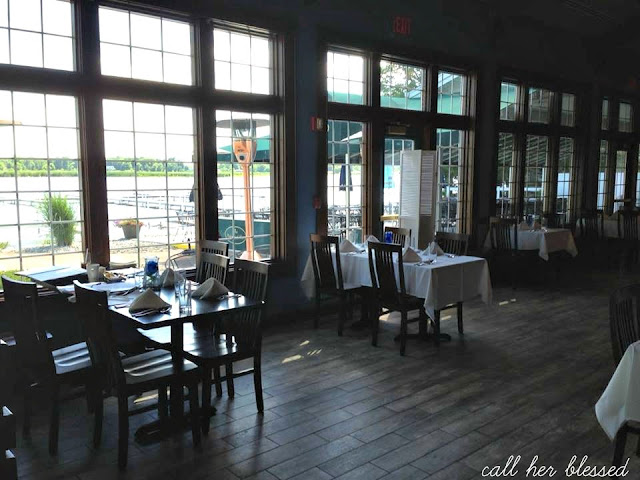 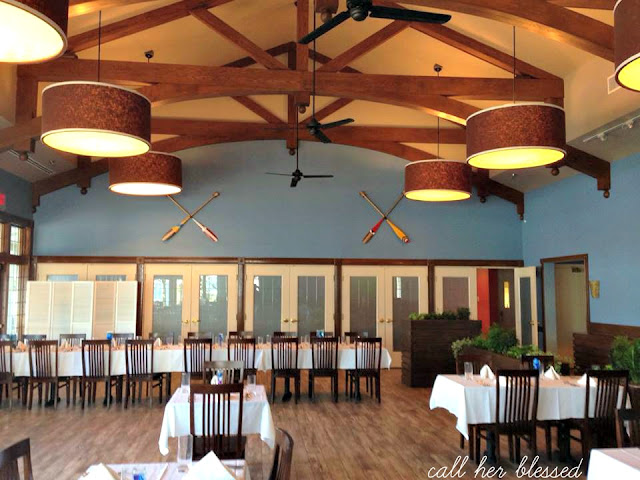 This was a romantic fine dining experience, but I'd eat almost anywhere as long as I am with this man.
And, funny thing is, we ate at a little hole-in-the-wall place the next morning
that put that statement to the test.
I'll tell ya about that in a minute. 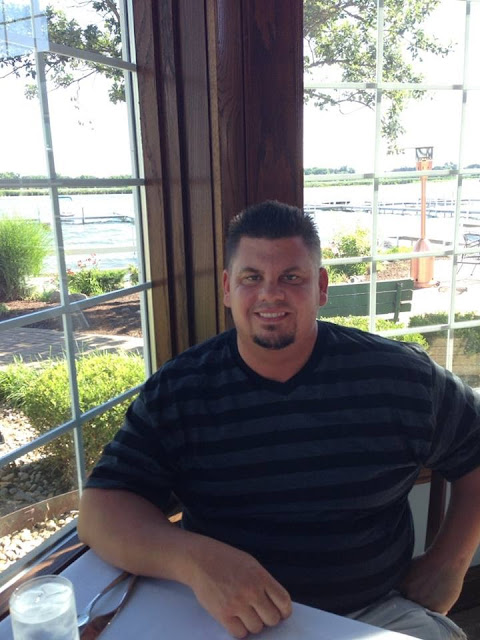 We had lunch one day at the Dutch Kitchen, a newly re-opened Amish restaurant in Nappanee.
We had a light lunch here & enjoyed it very much. 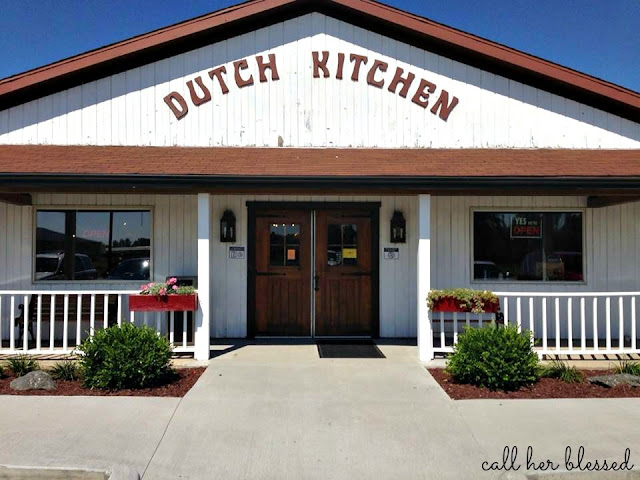 Remember our ride on the Dixie {if you missed it, click here}, the tickets are purchased
& the boat takes off at the Pizza King that's right on the lake.
This was our only chain-type restaurant & let me tell you, we were happy campers eating here.
Not only is good ol' Pizza King one of our faves, this place had the right breadsticks.
Those of you that love PK know that some places have the right ones & others do not.
I had to send my friend a pic cause she knows all about this & I'd knew she's be happy right along with us. 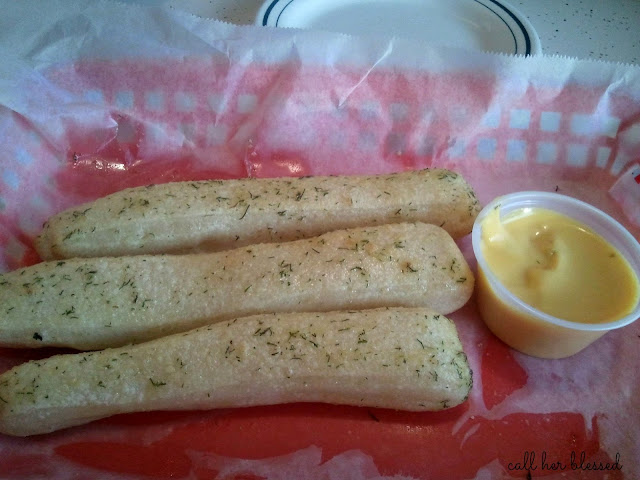 I think our funniest experience came from visiting the Cozy Cottage restaurant.
Oh my.
Let's just say that I've never eaten in a place quite like this one.
We were in Warsaw at an antique store & as usual, we asked the owners, a couple about our age,
for a recommendation on a local place to eat.
They said that the Cozy Cottage was one of their favorites ...
a small place offering home cooking at low prices.
I confess ... I'm pretty picky & I chickened out as quick as we pulled into the parking lot,
but James reminded me that we were being adventurous & we should at least give it a try.
You know, don't judge a book by it's cover kind of deal.
And once we got inside, it was so small...
& we stuck out like a sore thumb...
& everyone was looking at us  ...
& we would've felt very weird walking right back out ...
so we I persevered ;)
And besides, James wasn't minding it at all ... in fact, he was sure enjoying watching me squirm.
We ordered breakfast ... eggs, bacon, toast, & coffee.
While it was the furthest thing from fine dining -- in fact, it was like stepping back in time,
window air-conditioning & all -- it was cheap, tasty, & local.
Mission accomplished ;)

The next morning, breakfast was at Maria's House of Pancakes in North Webster.
This place was a bit more my speed ;) 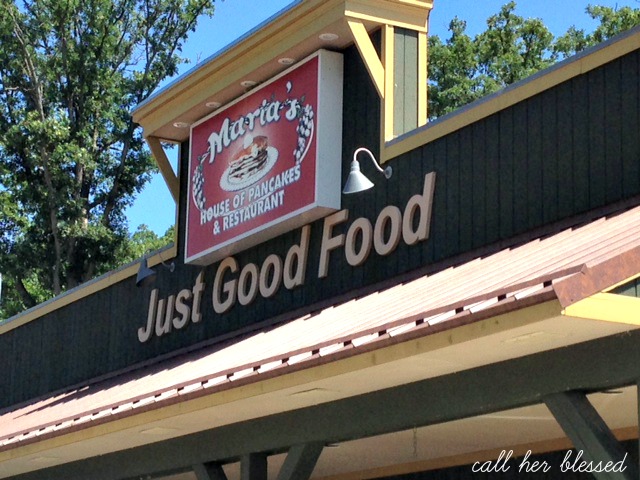 The strawberry crepe was oh so delicious. 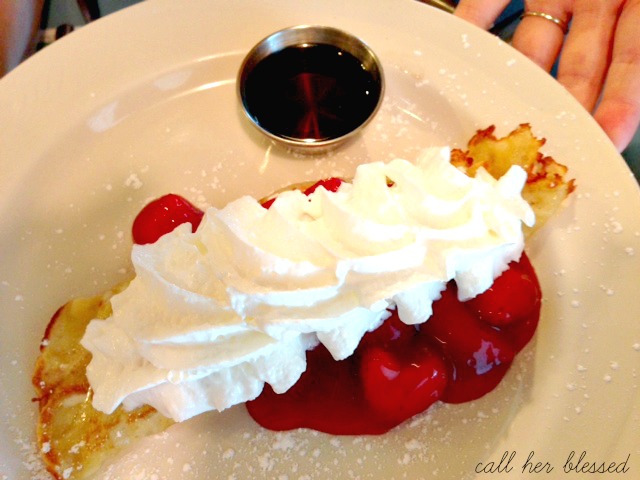 Everyone needs a little ice cream when they are celebrating an anniversary, right?
This ice cream, well, it's safe to say I've thought about this yummy flavor several times since I had it.
Never heard of it & probably won't have it again til I'm back in this neck of the woods.
This was oatmeal cookie ice cream & it's officially now my favorite flavor ever.
Under it was a scoop of yellow cake ice cream, also very tasty ... all this from a little place called Scoops. 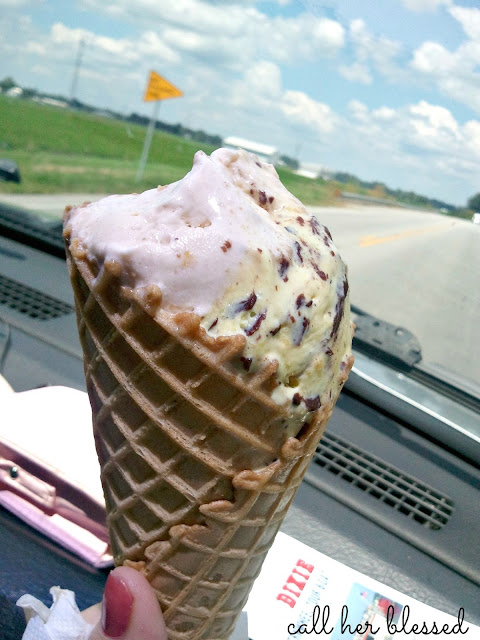 While we didn't eat at Penguin Point, it was a trip down memory lane to see one of these
restaurants still up & running!
There used to be one of these in Anderson where I grew up but it's been closed for several years.
They are known for their tasty tenderloin sandwiches.
Made me think of my Aunt Wathina ... sometimes we'd go there together for lunch. 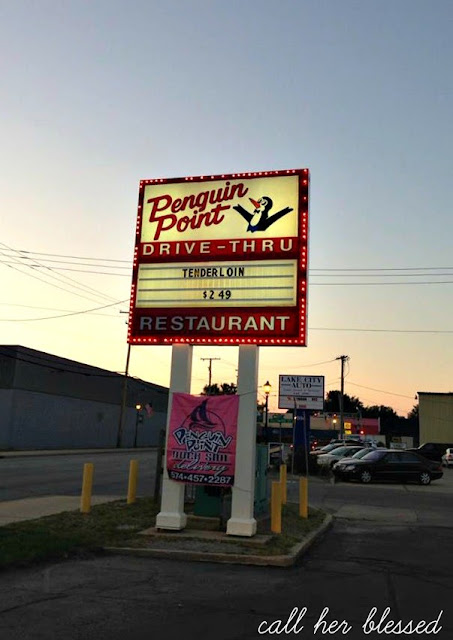 As for the next few stops, we decided to go through Anderson & Pendleton on our trip home.
I grew up in Anderson ... & James & I lived there with our sons until 1999.
James decided we'd go by all the places we'd lived.
We drove by the first tiny house we rented {it's been torn down now}
& next, by the first two homes that we purchased.
I'm so glad he thought of doing this on our anniversary trip ... we took a fun trip down memory lane.

Now, since we are self-professed foodies,
you didn't expect us to leave town without lunch & dessert, now did you?
We had to go to a couple places that we miss now that we've moved away. 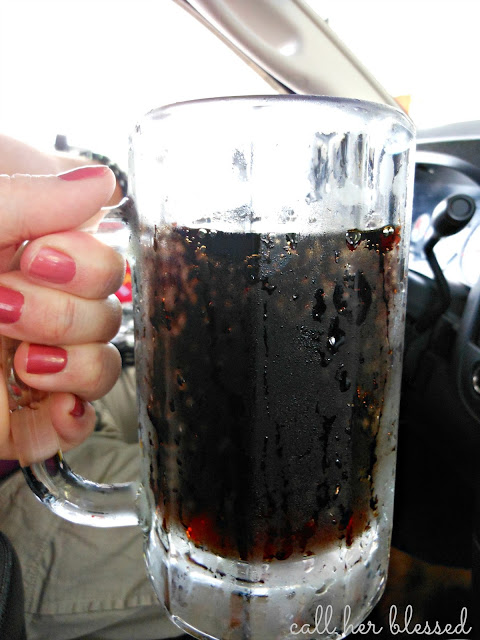 Can any of you locals tell where we are?
This frosty mug should give it away ;) 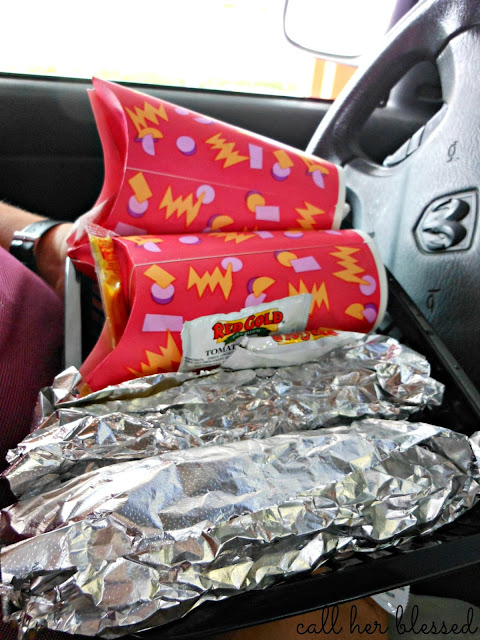 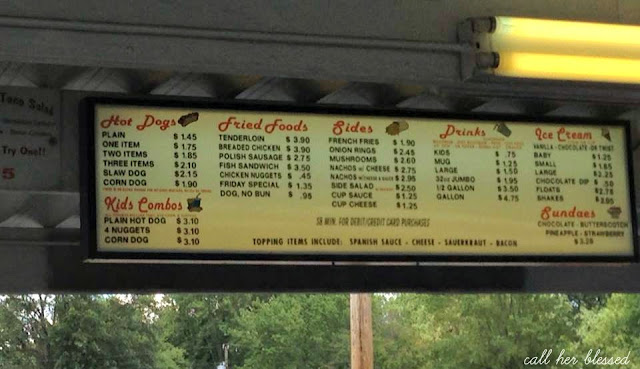 Gene's Hot Dogs & Root Beer!
I've been eating here for as long as I can remember ... an landmark in Anderson since 1964.
I had the Spanish dog & James had the slaw dog.
You can't go wrong with either one of those. 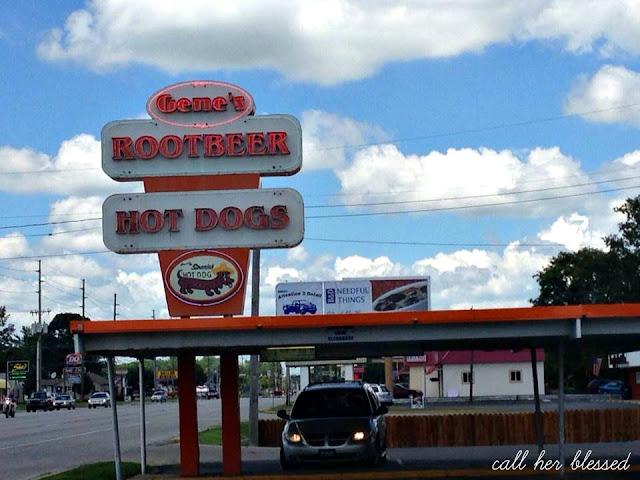 Good grief, if Guy Fieri from Diner's, Drive-ins, & Dives ever faces a shortage of food joints to visit,
I can clearly hook him up!
Not only should he head to Anderson to visit Gene's, he should drive on over to Frazier's too!
They've been serving ice cream since 1958!
I got my favorite:  a butter pecan sundae! 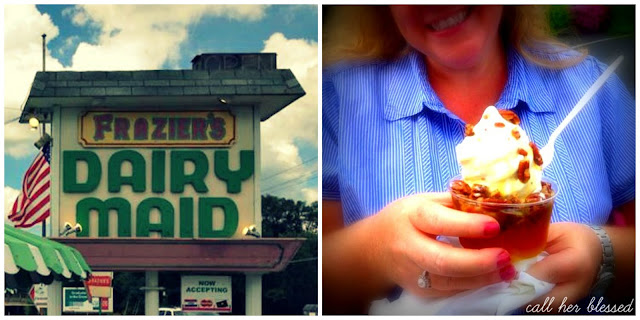 James, although he loves Frazier's, decided to get his favorite ice cream treat when we got to Pendleton.
He's crazy about the tangerine ice cream cone from Jimmie's Dairy Bar.
Needless to say, we were both happy campers.
Stuffed campers .... but happy campers, none the less. 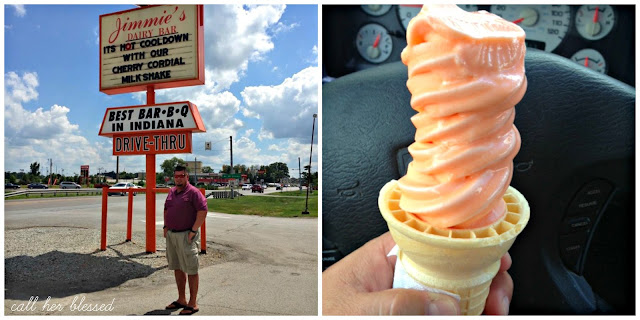 Now, from the looks of it, you'd think we probably gained 10 pounds just from this 4 day trip!
However, we stayed on our lo-carb program for the first 2 days
& allowed ourselves treats on the last 2 days.
You can't even know the number of goodies we passed up!

I do owe each of you an apology, though, cause by now I'm sure you are starved to death!
This has been quite the journey of good food.
Your bellies are probably growling & everything.
Sorry about that.
We're still friends, right?

Now, until our next anniversary trip, it's off to the treadmill ;)