The operative word when talking about our little garden is little, however,
we've been enjoying some big taste from the veggies that we've been picking.
We've had several cabbages, not big ones, but several nonetheless.
It was one of our cabbages that gave us this delicious cole slaw.
So, little garden for the win! 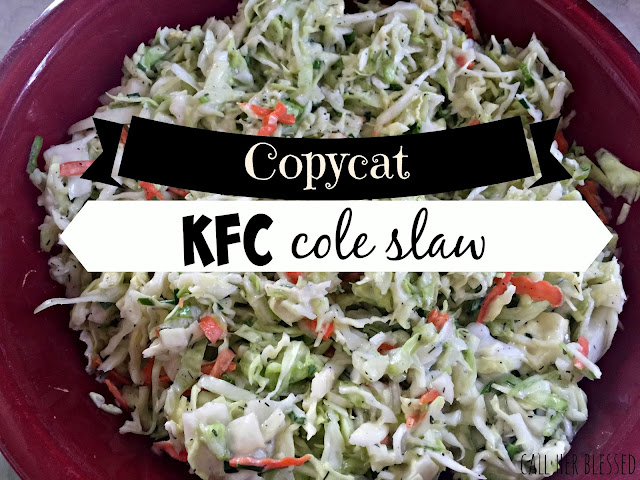 Now, I am a little picky about my cole slaw.
I like it sweet, not vinegary.
James likes it both ways.
We both looove BBQ and cole slaw is an absolutely perfect side to go along with it.
(Or ON it!  Have you ever done that?  Piled the cole slaw right on top?  Try it!)
I don't always make it from scratch, but when I do, this is my go-to recipe. 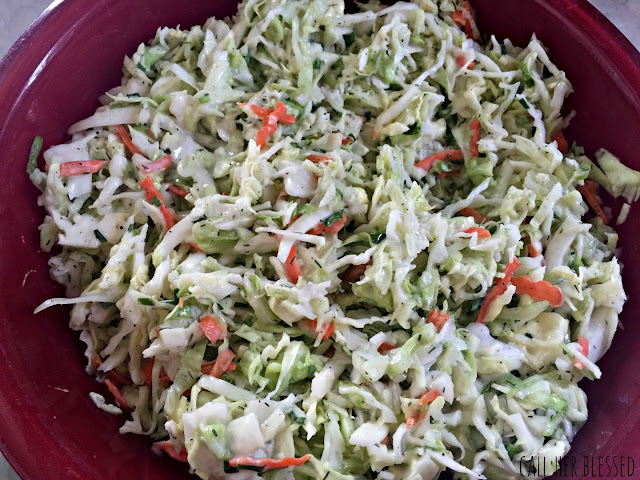 My sweet daughter-n-law, Abigail, was over one afternoon & we were cooking ...
so she actually made this batch.
It was her first time to make from-scratch cole slaw.
(She liked it so well, she's made it again using cabbage from their garden.)
Isn't it colorful & pretty? 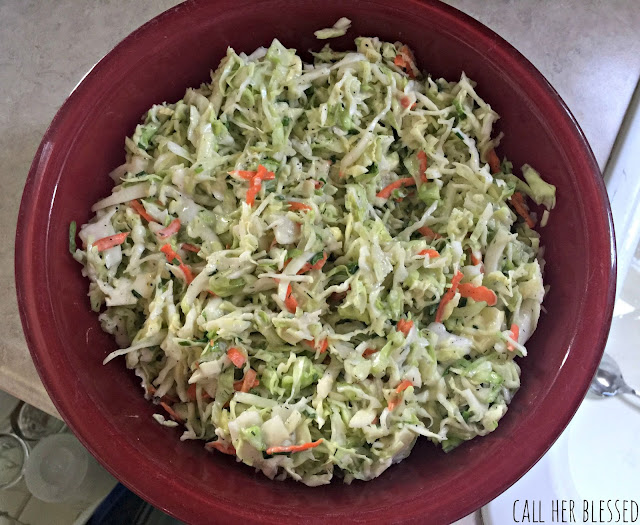 Here is the original recipe that I got at a Weight Watchers meeting years ago.
It's only 5 ingredients!

Place all the veggies in a large bowl.
In a small bowl, mix the Miracle Whip & sugar until the sugar is dissolved.
Pour the dressing over top of the veggies & toss until combined.
Cover & chill.

Now, here are the changes I made.
I used light Miracle Whip & Stevia.
That altered the calories a bit, but not the flavor.

Who doesn't love a good party?!
You can find me here linking up with these great blogs.
Monday           Amaze Me Monday  The Dedicated House
I Should Be Mopping the Floor     The Hankful House     The Modest Mom
Tuesday        A Delightsome Life    A Bowl Full of Lemons
Titus Tuesday  A Stroll Through Life
Wednesday   Raising Homemakers        Savvy Southern Style
The Thrifty Home   A Wise Woman Builds Her Home
Thursday    Between Naps on the Porch    Katherines Corner 3D Lessons for Life
Hope in Every Season     Lamberts Lately
Friday      Rooted in Thyme  The Thrifty Groove   Farm Blog Hop  Missional Women
Best of the Nest  Anything Blue Friday   French Country Cottage  The Girl Creative
Sunday    Nifty Thrifty Things   Simple Saturdays    Sew Many Ways
Posted by Angela ~ Call Her Blessed at 12:15 PM