Garrett's Day at the Statehouse!

Garrett is spending the day at the Indiana State house serving as a page.
He is working with Representative Woody Burton.


What does a page do:
House and Senate Pages are students who assist members of the
General Assembly at our state capital in Indianapolis, Indiana.
Their duties include delivering materials and messages within the Capital complex,
answering phones in the Members’ offices and working in the
House or Senate Chambers when the General Assembly is in session.
Serving as a Page is an excellent way to learn about and participate in
the legislative process of our State.

In addition to visiting the capitol building and touring such locations as
the governor's office, the chambers of the Indiana House and Senate and
the Indiana Supreme Court, pages get the chance to witness floor sessions,
committee meetings, and help staff members.


Today will likely prove to be quite an electric day at the Statehouse.
The Democrats have boycotted House sessions in an attempt to prevent action
on the controversial right-to-work legislation.


Indiana House Democratic Leader Patrick Bauer announced Friday that
House Democrats would be willing to return to the Indiana Statehouse at
“high noon” today.
Garrett could not have been more excited to be at the Statehouse today, hoping
to get in on the action! 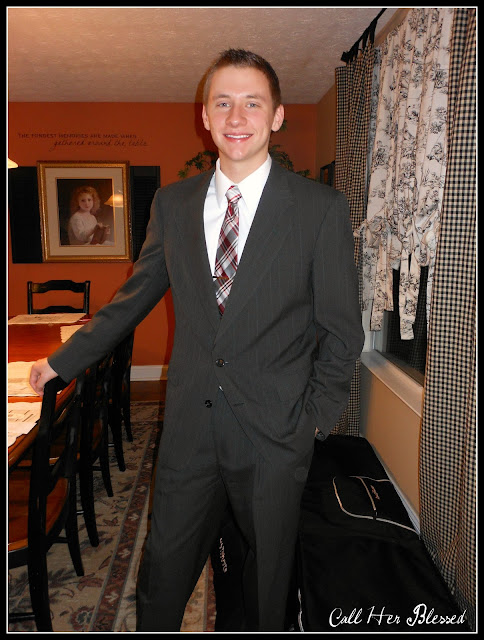 Another big 'to-do' in Indy right now, the Super Bowl is coming to town!
Super Bowl XLVI will take place at Lucas Oil Stadium on February 5, 2012.
On our drive in to the Statehouse this morning, we got to see our city getting all
decked-out for the big event. 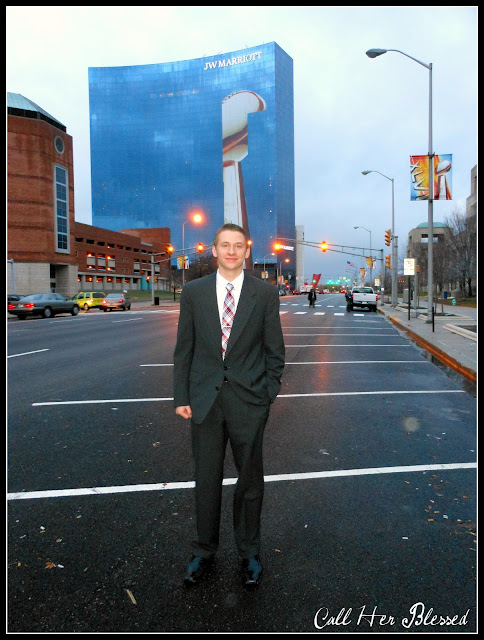 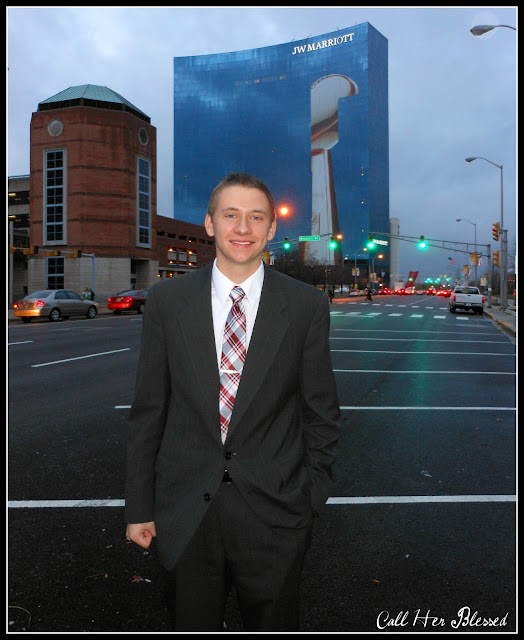 Garrett is standing in front of our newest hotel, the ginormous JW Marriott.
The largest banner being installed for the Super Bowl is on the front of it.
It's only partially completed, but you can see the Lombardi Trophy taking shape.
I wouldn't want to be working on the scaffolds for this project! 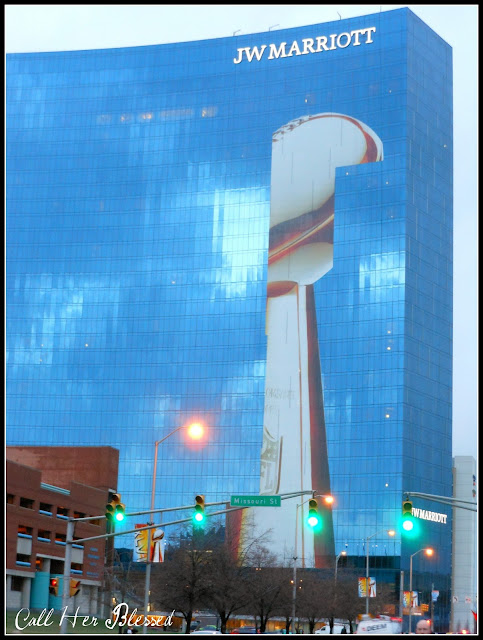 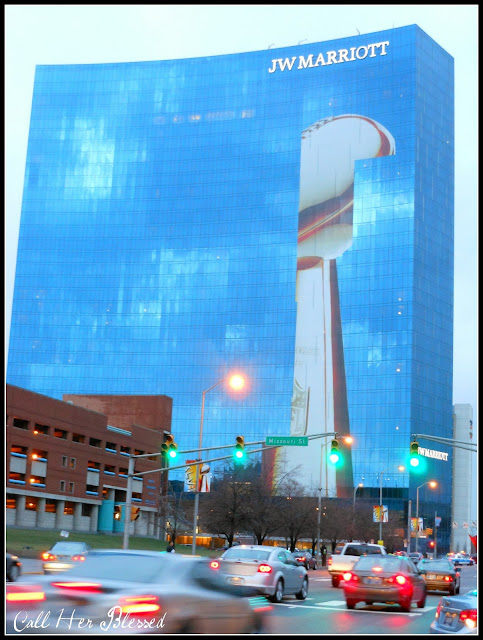